Is Cetaphil Cruelty-Free & Vegan, What Are Their Policies?

Cetaphil is a well-known skincare company often lauded for being an affordable yet effective skincare brand. The company is famous for its cleansers and moisturizers, but they also have products for sensitive skin, babies, dry skin, oily skin, and acne-prone skin, among many other skin types.

Cetaphil is a famous brand in the skincare industry, and it’s only natural to wonder about its animal testing practices and vegan status. Is Cetaphil cruelty-free and vegan, or is it just one more brand among many that still condone animal cruelty?

Before we break it down, here is a quick list of answers to the most common questions about this topic. 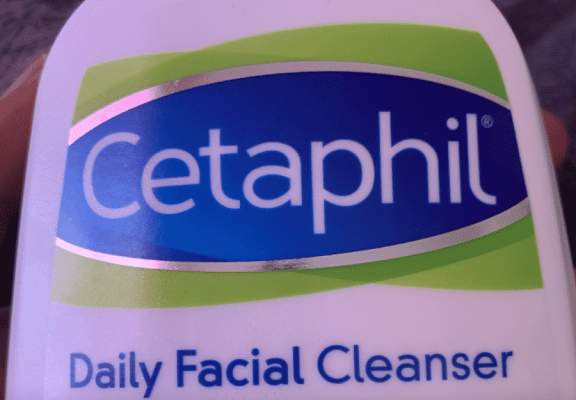 What It Means To Be Cruelty-free

The discussion on cruelty-free alternatives is often fraught with conflicting opinions and information. People have individual variations and interpretations of what it takes for a skincare brand to become genuinely cruelty-free.

For instance, some buyers would not consider a skincare brand cruelty-free (even if they do not test on animals at any level) so long as their parent is not. However, some people would be alright with a non-cruelty-free company as a parent.

To establish a concrete basis of what cruelty-free is, we will be using its general definition. This means a brand that does not test on animals at any point in production. A cruelty-free brand must not test its ingredients on animals nor source from suppliers that do so.

Being cruelty-free also means the brand will not delegate the testing to third parties nor sell in locations where there is mandatory animal testing (more on this later).

We’ve learned that all this cruelty-free business is very rarely straightforward, especially if we’re talking about big corporations.

Many of them cannot trace all their ingredients due to the scope of their supply chain. With this comes the possibility that they might source from suppliers that still perform animal testing. The same goes for certifying products as vegan.

As a result, many companies will say they do not conduct animal testing but delegate the task to other parties. This is incredibly misleading, and looking for answers is a challenging task.

Relevant certifications like PETA’s Beauty Without Bunnies or The Leaping Bunny program help assure customers that this product is indeed cruelty-free.

That said, a brand not having any certifications doesn’t automatically mean they aren’t cruelty-free. However, it is a beneficial tool for beginners in navigating other brands they might not yet be familiar with.

New to the mindful consumer mindset? Check out some of our eco facts to help get you started. 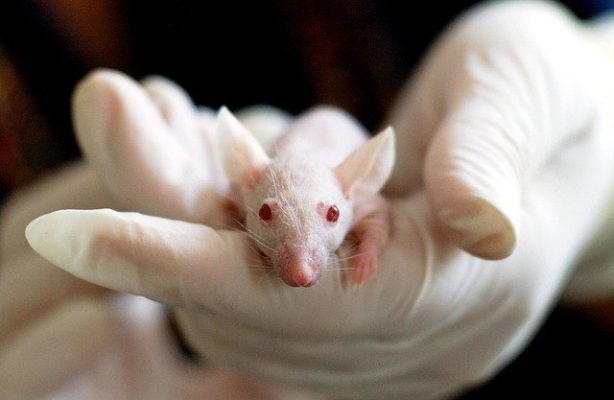 According to their website, Cetaphil does not conduct any animal testing. They do not test their ingredients on animals, and the final products are not tested on animals.

However, there are still considerations other than the company’s word on the matter. After all, greenwashing is one of the most prominent issues in the cruelty-free, vegan, and eco-conscious business sphere.

For instance, do they sell in locations where products need to be tested on animals? Do they source from suppliers that still do tests on animals?

To get a clearer picture, let’s take a look at their animal testing policy.

We could not find Cetaphil’s official animal testing policy. However, when asked on their FAQ page if they test on animals, this is their response:

“Cetaphil products are developed with your skin’s health first and foremost in mind. As a responsible corporate citizen, animal welfare is also a key priority for the company. For this reason, Galderma does not test Cetaphil products or ingredients used in Cetaphil on animals at any stage of our product innovation, development, or manufacturing processes. Galderma has been utilizing industry-recognized, non-animal testing methodologies on its Cetaphil brand even before regulations prohibiting animal testing on cosmetics came into force in various countries.

Nevertheless, some health authorities may conduct animal testing for certain cosmetic products before approval for sale on the market, as is still the case in China.”

This reveals that although they do not do the animal testing themselves, they will allow third parties (i.e., government authorities) to do the testing for them. This is not a cruelty-free practice.

It is common for large brands like Cetaphil to highlight that they do not conduct animal testing and have worked towards a future free of animal testing. However, they still sell in locations where their products still need to be tested on animals proves they are not yet cruelty-free.

Is Cetaphil Sold In China? 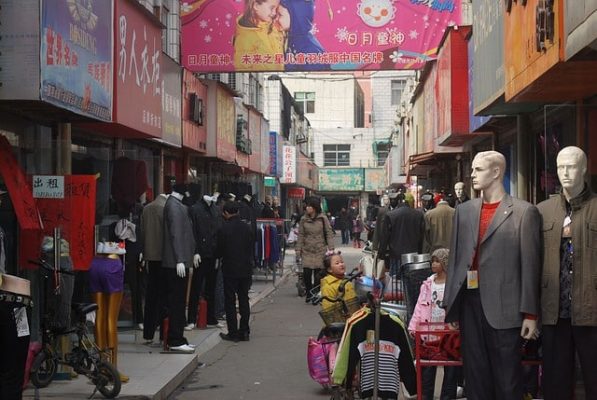 Why Does This Matter?

Selling in Mainland China has long been one of the critical determinants of a brand’s cruelty-free status. Previously, foreign brands selling in MC were required to test their products on animals as safety assessment compliance.

As of 2021, animal testing on general cosmetics (e.g., shampoo, lotion, face wash) is no longer necessary. However, it is still applicable for special-use cosmetics like deodorant or sunscreen for sun protection.

Also, note that before brands can skip animal testing, they must comply with the necessary documents proving product safety. Foreign companies are not automatically exempt from testing.

It’s also crucial to highlight that only brands selling physically in Mainland China must conduct animal testing. Imported cosmetics sold online directly to consumers need not be tested on animals.

Is Cetaphil Sold Physically In China?

Yes. Cetaphil is sold in physical stores in China. They even have a dedicated website for their audience in China. Although a website alone is not the ultimate indicator, Cetaphil usually creates localized websites for the countries they have a presence in.

Does being sold in China automatically mean Cetaphil is not cruelty-free? At this point, no. Given that animal testing laws have recently been lifted for certain cosmetics, a foreign brand can now sell in China without any animal testing.

But this does not apply to Cetaphil in particular. Aside from being known for their Cetaphil Gentle Skin Cleanser, the company also produces special use cosmetics (i.e., sunscreen).

This implies that even though there have been recent changes in China’s animal testing policies, some Cetaphil products will still be subject to animal testing.

So, is Cetaphil cruelty-free with this considered? No. Until Cetaphil no longer sells special use cosmetics in China, they will remain non-cruelty-free.

Is Cetaphil Cruelty-Free And Vegan 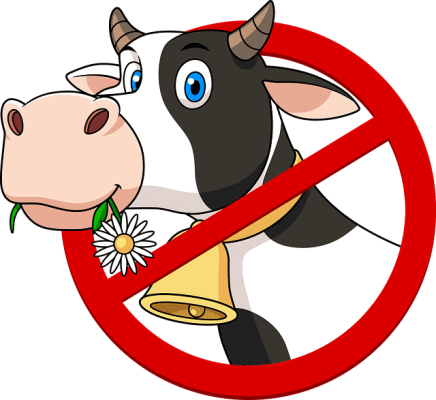 This time, let’s talk about Cetaphil’s vegan status. As one of the most popular brands in skincare, many of you are surely wondering if the brand uses animal-derived ingredients.

Unfortunately, no. Cetaphil is not vegan. There are Cetaphil vegan products. Cetaphil claims that its products are free of animal-derived ingredients except for the Cetaphil Gentle Cleansing Bar, containing sodium tallowate.

Sodium tallowate is made from animal fat combined with a kind of lye. This ingredient is not vegan.

But since Cetaphil’s products are not cruelty-free, they are also not vegan friendly, although they aren’t of animal origin. Although technically vegan, products coming from a company that does not respect animals go against the very principle behind veganism.

If you are looking for cruelty-free and vegan alternatives to Cetaphil products, we’ve got you covered! Here are some of our favorite vegan face wash and sunscreen.

Does A Parent Company own Cetaphil?

Yes. Cetaphil is a subsidiary of Galderma, a pharmaceutical company that is not cruelty-free.

Determining their parent corporation is crucial in deciding Cetaphil’s cruelty-free status. Many of our favorite skincare and beauty brands are not independent companies but are subsidiaries of more giant corporations.

The logic behind this is that a non-cruelty-free parent co. will profit from the profits of a legitimately cruelty-free brand. Many cruelty-free buyers feel strongly against supporting, in any form, a parent corporation that still does animal testing.

So, is Cetaphil cruelty-free? Is Cetaphil vegan? Definitely not. Although they claim Cetaphil products are not tested on animals (and maybe in most locations they are not), Cetaphil still is not a cruelty-free skincare brand, nor are they vegan.

Cetaphil sells in locations where animal testing is still required, especially for special-use products like their sunscreen.

Many brands were affected by China’s recent policy change on animal testing—a change we are glad about. Unfortunately, Cetaphil is not one of them.

But fret not. There are so many alternatives to your favorite gentle cleansing bar. And the best part? You can buy it from a completely cruelty-free brand. Check out our guides for cruelty-free and vegan skincare alternatives. 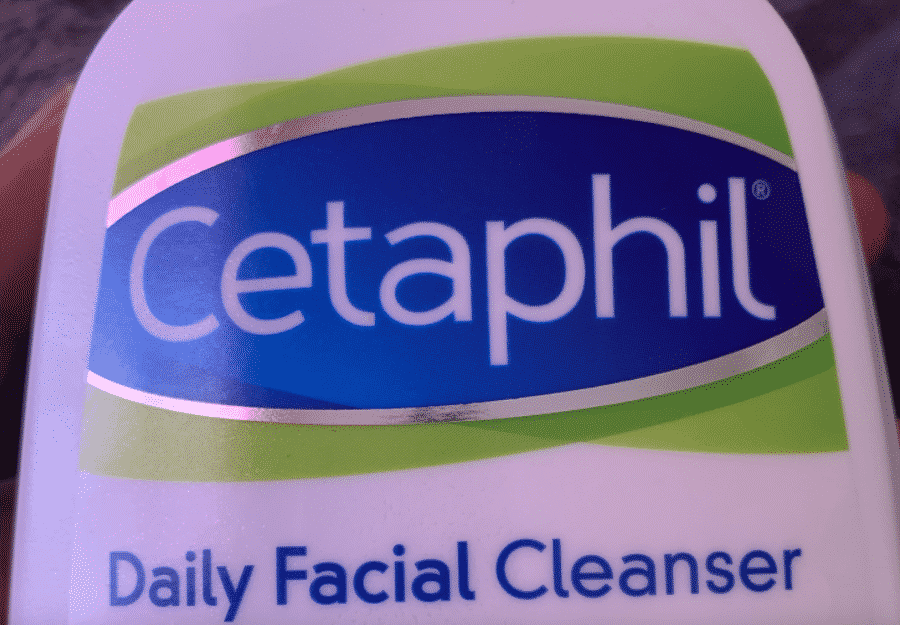