Is Morphe Cruelty-free And Hence Not Tested On Animals?

Morphe is a relatively recent but pretty popular brand in the world of makeup artistry. They’re well-known for their strikingly colorful palettes as well as their brush sets.

As they’ve gotten more popular over the years and consumers have leaned towards cruelty-free makeup, many wonder if Morphe is a cruelty-free and vegan brand.

Here’s a quick summary of the most common questions about Morphe’s status:

What Does Cruelty-free Mean?

Before we launch into the details of Morphe’s cruelty-free status, we have to consider what cruelty-free actually means.

There are no official guidelines on what cruelty-free means. And most governments do not regulate the term. The implications are that any brand can claim to be cruelty-free without any legal ramifications – an important point for this discussion.

In general, though, it refers to the absence of any animal testing in a product and/or brand. The final products and the ingredients used to make them must not have been tested on animals to be cruelty-free.

Further, the brand must also not sell in areas where animal testing is required by law. 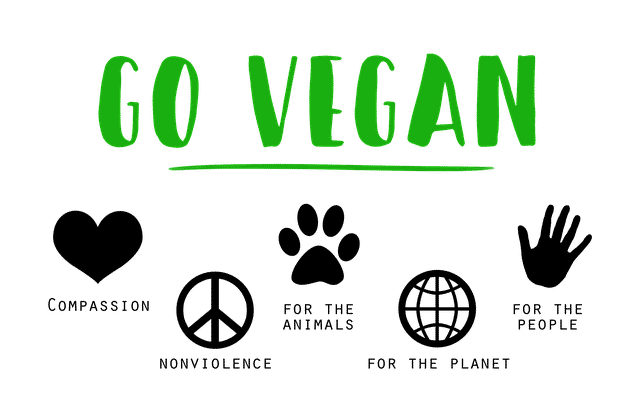 However, personal variations on cruelty-free principles do exist. For instance, some people might not consider a brand cruelty-free if it uses animal products or by-products in its items.

Similarly, some brands using animal-derived components might say they are cruelty-free because they source the components ethically. Examples are animal hair like horse or badger hair being used for brushes or peace silk for clothing fabrics.

However, when a brand claims that it is cruelty-free, it will usually refer to the lack of animal testing. Third-party certification companies also use this definition to give out their certifications, and thus, is the definition we will adhere to.

On the FAQs section of the brand’s page, it states that Morphe is completely cruelty-free. This means the brand does not test on animals at all.

However, Morphe is not certified cruelty-free. They do not sport any known cruelty-free logos such as the Leaping Bunny or PETA, nor do they indicate they’re certified.

While this does not always indicate that they’re not really cruelty-free, it does make us wonder why a brand as large as Morphe hasn’t gotten certified yet. Indeed, Morphe’s lack of certification plays a major role in our overall impression of the brand. 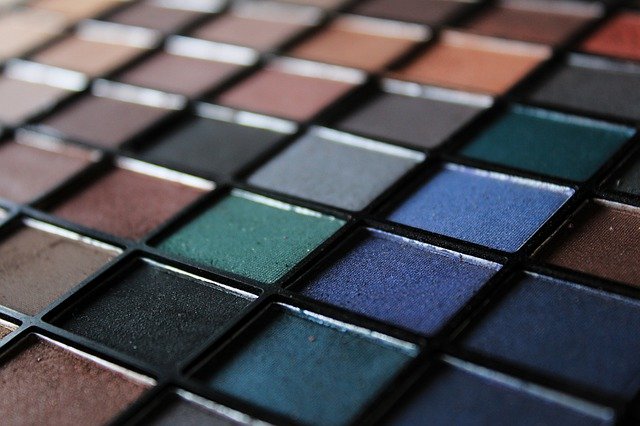 To clarify it further, let’s take a look at their Animal Testing Policy as displayed in the FAQs section of the website:

It’s a pretty definitive statement; we’ll give them that.

From the text, it is clear that Morphe claims it does not test on animals at all. But plenty of brands say that. What really validates that they’re cruelty-free is their indication that none of their ingredients are tested on animals.

Moreover, they specifically mention that their manufacturers are not allowed to test on animals. This confirms that final products and their ingredients are cruelty-free.

All details point to the fact that Morphe is a cruelty-free beauty brand. But, as we said, there are no further guarantees from certifying bodies like PETA or Leaping Bunny that this is true.

Is The Parent Company Cruelty-free?

The company hierarchy of Morphe is a little complicated. You will find sources indicating that Morphe is a subsidiary of FORMA, and you will also find info stating that General Atlantic acquired Morphe in 2019.

Both of those are true. FORMA is just the new name of Morphe Holdings.

Back in 2019, General Atlantic bought a controlling (60%) share in Morphe Holdings, which is enough of a stake to make the transaction an acquisition. This effectively made Morphe Holdings a subsidiary of GA.

In determining whether morphe is cruelty-free, it’s imperative to look at the parent company as well. However, it’s difficult to say much of GA regarding animal testing as they are an equity investment company.

We took a look at their portfolio and found out that they invested in the healthcare and life sciences sectors. We took a look at some of the companies to check for animal testing. We have confirmation that at least one (Royal Pharma) tests on animals [1].

But really, animal testing standards in the health industry are arguably different from those in the beauty industry. For instance, the FDA mandates that prescription drugs be tested on animals before release [2].

So, we also checked their consumer products category. Unfortunately, we couldn’t find conclusive answers there. They had many cruelty-free companies, but a proportionate number of companies don’t disclose anything about the matter.

Arguably, we could conclude that the parent company is not cruelty-free.

Is Morphe Sold In China?

As far as we’ve researched, Morphe is currently not sold in mainland China. However, they do provide shipments to the country, but online shipments are not subject to post-market testing even before recent regulatory changes.

Asking if a brand sells in mainland China is one of the ways consumers determine if the brand tests on animals where required by law. Previously, selling physically in China would mean mandatory testing unless the products were manufactured there. 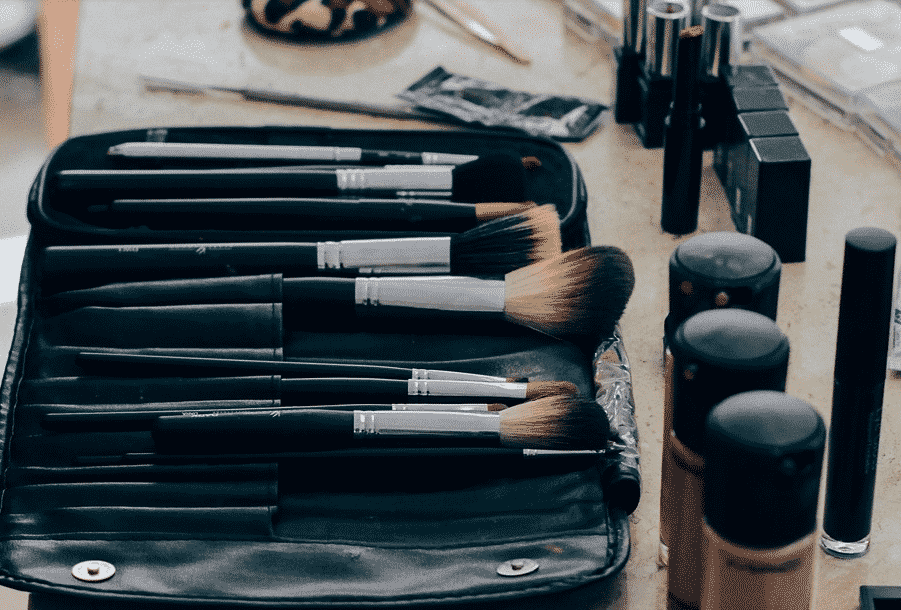 However, China has recently made changes to these regulations. Since May 2021, companies are now allowed to physically sell general cosmetics in stores provided they can procure the necessary documents and health assessments.

The real-world implication of this is that selling in China no longer has to be one of the major points on whether a particular brand is cruelty-free. But that doesn’t eliminate it! Without fulfilling the requirements, products will still be subject to cosmetic testing.

Do note, though, that these new rules are relatively recent, and we don’t think many (if any) brands have already gone through the whole process.

Morphe certainly offers vegan products in its collections. They also have a dedicated vegan section on their website for easy determination of which products are vegan-friendly.

However, Morphe is NOT a completely vegan beauty brand. For one, they use both animal and synthetic hair in their brushes, and they also use animal-derived ingredients in some of their makeup.

It is worth mentioning that Morphe has run into some trouble with claims regarding its vegan products. In the last couple of years, the brand has run into some issues with formula changes. Specifically with the Jaclyn Hill palette.

The aforementioned palette used to be one of the vegan products on the website, but Morphe made (nonvegan) ingredient changes without notice when it relaunched. This led to confusion as buyers were made to believe they were purchasing the same formula.

There was also the issue of when the Morphe x James Charles palette was under fire for giving conflicting status about whether the palette was vegan or not.

There was a lot of media drama that we don’t really need to dive into, but one thing remains. These controversies surrounding Morphe absolutely reduce their credibility to claim that they’re considered cruelty-free, leading us to the next point.

Can Morphe Be Trusted Without Certifications?

From what we know based on the company site, the brand’s cruelty-free status is in the affirmative. However, this does come without any third-party guarantees that they’re telling us the truth.

With all of the company’s controversies and issues, we’re skeptical about their claim that they don’t test on animals.

As brands grow larger, it is no secret that it can be more difficult to properly manage the supply chain and be fully aware of what’s going on through all the steps of the manufacturing process.

And without the right certifications, Morphe could just be making claims without actually checking for facts. While this is not necessarily true, it is a possibility.

The bottom line is that trusting a company without certifications requires a great deal of transparency and easy accessibility to relevant details regarding the manufacturing process. Since Morphe isn’t doing too well on both aspects, we recommend being wary of them.

So, is Morphe cruelty free? It isn’t easy to give an objectively accurate answer to that. If we base it on the company’s claims alone, then Morphe is considered cruelty-free since they don’t test on animals.

But as you’ve likely gathered from this discussion, just because a company says something is true doesn’t actually make it so(take a look at examples like Kiehl’s or Cerave. This part complicates things quite a lot.

Fret not; there are tons of cruelty-free and even vegan beauty products out there today. For starters, you can take a look at our guides on vegan concealer and brushes.